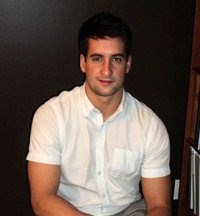 Joshua Svec developed his passion to help people throughout his academic experiences. Being diagnosed with ADHD at an early age Joshua overcame many obstacles to pursue a Bachelor of Arts degree in Honours Psychology and a Master of Arts degree in Coaching. Throughout his academic career Joshua also played varsity football. He was a team captain, team MVP, and conference all-star with the University of Waterloo. In 2008, Joshua set the school record for the most yards by a receiver in any one season, and was second in the country in receiving. While playing football at the University of Western Ontario Joshua was an Academic All-Canadian.

Joshua Svec specializes in ADHD Coaching, Life Coaching, and Academic Coaching for students and student athletes. He is the Director and Lead Coach of The ADHD Academy and co-author of The ADHD Fix (www.theadhdfix.com). He experiences joy through travelling and surfing.